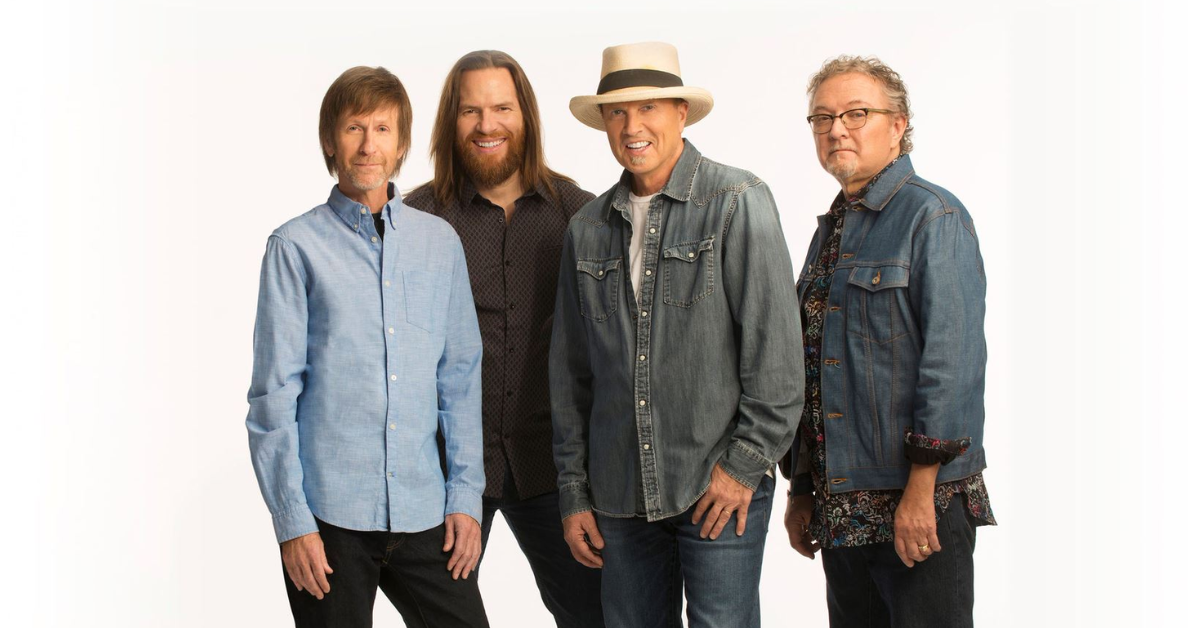 Sawyer Brown some girls do.

It’s hard to know where to start when talking about Sawyer Brown.

More than 4,500 shows and counting. More than a million miles behind them and still seeing the highway miles click by outside their bus window. Twenty-three albums. More than 50 chart singles. CMA, ACM, and CMT awards on the shelf. To pull a line from one of the band’s enduring hits: “This is the life and times of a travelin’ band.” A traveling band, indeed. Always on the move—on the road, on stage, and in their career. When asked about what keeps him motivated on the road, lead singer Mark Miller says, “It’s playing the next show. Be grateful for where you’ve been and be excited about where you’re going.”

That excitement has been on display since the very first time Sawyer Brown stepped foot onstage in the early 1980s. Beginning as the road band for another singer, Sawyer Brown broke out on their own playing everything from clubs to pig roasts in those earliest days. “There’s no such thing as a gig we wouldn’t take,” Miller laughs, remembering the beginning of the ride. “We knew that we wanted to play music and we knew that we wanted to work at being the best live band there was—and the only way to do that, was to get out and play shows. And so we did.”

It would certainly be an understatement to say that Sawyer Brown has “played shows.” The band has earned its place as one of the premier live acts in music. The band began by playing 275-300 nights a year for the first decade or more of its career—and has never come off the road. Tireless road warriors, the band thrives on playing live. “Live is where it all comes together for us,” keyboardist Hobie Hubbard says. “The audience brings its own energy, we bring our own energy and the music—and the combination of all of that is what makes playing live so unique. It exists for that moment in time—you’re either there, or you’re not a part of that moment. We’re blessed to be able to be a part of those moments night after night.”

The band’s live shows are legendary. Having been described as “the Rolling Stones of Country Music,” the band bounds onto the stage night after night, delivering its own unique brand of high-energy entertainment, and the band remains a perennial favorite at fairs, festivals, theatres, and casinos. “We love getting to hear the stories of where people have seen us play—and the number of times they’ve seen us play,” drummer Joe Smyth says. “For some, we’re their weekend getaway—they’ve seen us all over the country. But we never lose sight of the fact that on any given night, it’s going to be the first time someone’s seen us—and that’s exciting. We want that show, that night, to live up to everything they hoped for when they came to the show. Couldn’t ask for better motivation.”

Keyboard player Hobie Hubbard agrees: “It’s always humbling when someone comes up after a show and tells us that they hear themselves or their family in our music. I hope that they can look up there on stage and see themselves—because we can sure look out at them and see ourselves. Every day we’re on the road, one of the best parts of the day is walking around whatever town we’re in and just soaking it in—listening to folks talking in restaurants, just watching life unfold one story at a time.”

One story at a time—that is certainly the way that the life and times of this travelin’ band has unfolded. “What we try to do—what we’ve always tried to do, I think—is capture those moments that matter, and capture them in a song,” Miller says. “It seems to me that it’s really the small moments in life that are the big ones, anyway.” And capture those moments the band has. From the tentative moments of transition that underscore Miller’s evocative ballad “The Walk” to the moment that a guy realizes he just might have found the right girl in the band’s energetic signature song “Some Girls Do,” the band consistently manages to bring life to those moments that all to often slip by unnoticed—unnoticed, that is, until a song sings our life back to us.

Mark Miller and his band mates have been singing our life back to us now over the span of the band’s twenty-three albums. In addition to writing and co-writing many of the bands hits, Miller has also produced many of the band’s albums. “Mark’s got a great set of ears,” bass guitarist Jim Scholten says. “When we go into the studio to work on an album, we all contribute and all kick around ideas. And Mark’s got the gift of being able to corral our energy and encourage the best out of all of us.” Scholten laughs and adds, “Just don’t tell him I said that.”

Miller’s creativity extends even beyond Sawyer Brown. He discovered the multiplatinum contemporary Christian band Casting Crowns and has produced all of their records—including winning a Grammy for one of their albums. “Working with Casting Crowns has been an amazing adventure from day one,” Miller says. “Mark Hall is one of the finest songwriters I’ve ever known, and he and the band have an absolute commitment to spreading the Gospel through the songs. It’s a blessing to get to walk along side them in the studio.”

Connection—with Sawyer Brown, the key is in forging those connections. “Every night we’re on stage, I look at my brothers beside me on stage and think how blessed am I that I get to share the ride with these guys. And then I look out at the audience and I’m grateful that those folks have taken this ride with us,” Hobie Hubbard says.

And it really does all come down to those people in the audience for this band. As Mark Miller says, “We’re all this together—all of us. Just like the line in ‘Travelin’ Band” says, ‘Now I want to take this time to thank you’—I wanted our fans to hear a thank-you coming straight from me.” It is a thank-you that at this point literally hundreds of thousands of cheering fans have experienced not only on record, but at the band’s legendary live shows as well. Known for their high-energy, no-holds-barred approach to the concert stage, the band continues to fill venues across the country with the same enthusiasm they have had from day one. “That’s one thing that has never changed,” says lead guitarist Shayne Hill. “The business part of the music business may be changing by the minute, but playing live is still about the same thing it’s always been about: connecting to the audience right there in the moment.”

Sawyer Brown is about connection. In fact, it’s likely safe to say that connection continues to be the driving force of the band. As note connects to note, as singer connects to listener, as each mile of road connects to the one that follows it, the band senses—and forges—those connections every time they record and every time they hit the stage. “I’m a real believer that things happen for a reason—that they unfold the way they do because there’s Someone bigger than us driving this bus,” Miller says. “We know we’ve still have a lot of miles in us. We’ve got our bags packed, got our gear ready, and we’ve got plenty to sing about. We want see where the trip takes us next.”

Wherever that may be, the lyrics to “Travelin’ Band” will come to life—

And now I’d like to take this time to thank you
And though it’s been a long and winding road
I count my blessings when I see your faces
And I look down at this guitar in my hand
And I take my place
On the stage
In a travelin’ band.
I’m in a travelin’ band.

Opry Country Classics at the Ryman 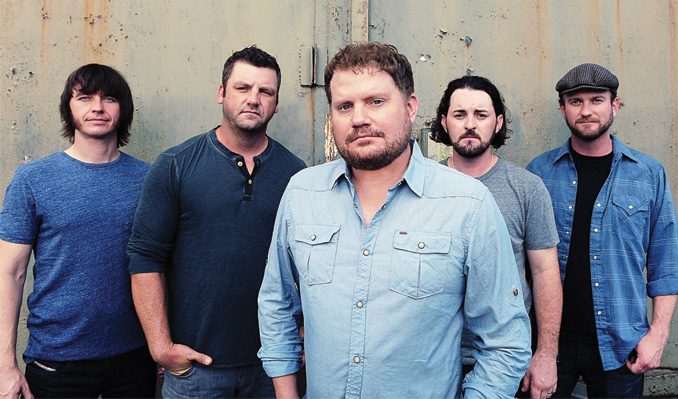 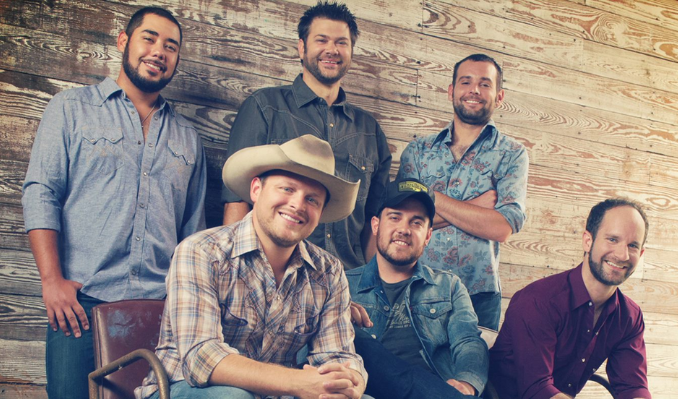