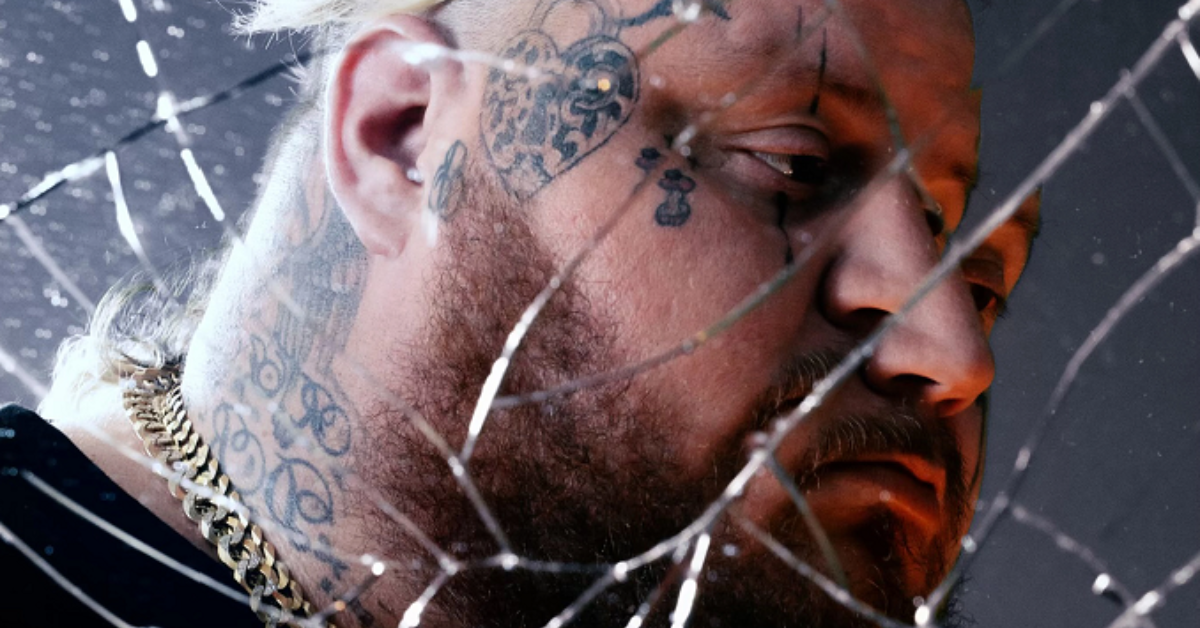 Outright genre-bending singer/songwriter/rapper Jelly Roll has quietly been building a remarkable career and creative empire, under the radar— under the nose of Nashville’s Music Row and the entire music industry— and doing it on his own terms. Since his days selling his mix tapes out of his car, he has constantly been creating and releasing new music and videos, touring relentlessly, and consistently topping various iTunes charts with his deeply personal lyrics and music that blends Old-school Rap, Classic Rock, Country and Soul that is therapeutic, raw and tackles the heaviness in life.

In 2020 he released “Save Me”—a confessional, vulnerable expression of self-doubt took him to new heights, with more than 65 million views on YouTube and Gold certification from the RIAA. The song also helped him find a new voice musically and explore a more melodic songwriting style that brought in more Rock and Country influence to his style.

Born and raised in Nashville’s Antioch neighborhood, Jelly Roll found his strategy by observing the different tactics taken in different genres. “I love the way Rock n’ Roll artists tour,” he says. “Up-and-coming Rock artists do like 200 shows a year. But I hate the way they put out music. They put out an album every three years. When I was coming up, it was the mix tape era, and my favorite rappers had a new CD out every four months. So I wanted to tour like a Rock n’ Roll act, but release music like a rapper.”

In the last ten years, Jelly Roll has released a mind-blowing two dozen plus albums, including the ongoing Waylon & Willie collaboration projects with his best friend and running partner, Struggle Jennings. He’s also put out countless singles, EPs, and features with such artists as Tech N9ne and Yelawolf. He also averaged than 200 shows each year—something not many of his peers are able to maintain. It’s added up to hundreds of millions of streams and a cult following of rabid fans that hang on his every word and generate millions of YouTube views with each video. He has now ammased more than one billion views on YouTube.

The husband, father and underground star on the path to redemption has since embraced the concept of duality, making sure to dedicate himself to his loved ones as well as his craft. He cherishes those daddy-daughter dinner and a movie dates, celebrating Halloween together and their annual family vacation. That being said, once a hustler, always a hustler—finding that his creativity is something he can’t turn off, and he has arranged his life to accommodate the perpetual workflow, making sure to have a guitar on every wall of the house for when a song hits—which often includes writing songs with his daughter.

2021 brought more headlining shows and—for the first time—an album on which Jelly Roll is only singing (not rapping but for one lone verse) and of which all demos were recorded acoustic. “I’m nervous, because that’s stepping into the unknown for me, but I never want to feel like I’m enclosed in a certain box—maybe being incarcerated kind of bleeds over into thinking about my artistry,” he says. “The album leans more toward Southern Rock-Soul with some real stripped-down acoustic records, and some real heavy shit. The older you get, the more melodic things seem to be and this project is definitely reflective of my own journey and finding my voice.”

Certainly, the success of “Save Me” (which was written on a Sunday, recorded and filmed on Monday, and posted to YouTube on Tuesday) was a turning point for Jelly Roll and laid the foundation for this next chapter of his musical journey. “When I put that out, I was expecting it to fall on deaf ears,” he says, “and I was cool with it, because the song meant so much to me. It gave me a real sense of freedom, because I’ve always shared my soul in the music, but how stripping it down really moved people and that I could do it any way I want to meant a lot—it was also freeing to really sing on it and nice to know people don’t think I suck when I sing.”

On September 17, ahead of his sold-out show at the Ryman Auditorium in his hometown of Nashville, Jelly Roll released Ballads of the Broken, an introspective 10-track album delves deeper into his current season of life and his growth—both personally and sonically. Drawing from his own personal experiences, addressing his struggles—with relationships, substances, mental health and life in general—the project tells the story of a man who has been through the ringer, has gotten his feet back under him but knows he has a long way to go.

“Pain is an international language—everybody shares it to some degree—being out on the road and meeting fans, I’ve learned that the more open you are in talking about it, the more people can relate to it. Hearing their stories and seeing how affected they are by the words I write means more than they’ll ever know.”

Being vulnerable and sharing deep emotions might not be what you expect from a burly former inmate with face tattoos and piercings, but Jelly Roll’s music is deeply rooted in the challenges of self-preservation, internal battles and that push and pull between fighting what you need to do and what you want to do. Revisiting that concept of duality, Jelly Roll writes about his place on both sides of the line with the haunting “Son of a Sinner,” as well as the vices that hurt and heal at the same time in the lead track off the project, “Sober.”

Even as his own life has changed for the better, he expects to keep drawing on those struggles for inspiration. “What I know about recovery, and my connection with it, is that it’s a daily battle,” he says. “That’s why writing songs about it never gets old—because you never know how you’re going to feel about it today. I love writing songs for the people nobody writes songs for. I could write a song about a truck and get on country radio, but I think there’s enough truck songs and that I need to write for other people.”

The success he’s had, and the lane he’s created, hasn’t made Jelly Roll any less hungry or less passionate about his music and his need to tell the truth. “They asked Dana White how he felt after he sold the UFC for four billion dollars,” he says, “and he said, ‘All that’s great, but when I wake up in the morning, I think about one thing—what’s the best fight I can make?’ And in my world, the first thing I think is, what is the best song I can write? What’s going to mean the most? So as long as I can continue to write good songs with a reason behind them, that’s the goal.”