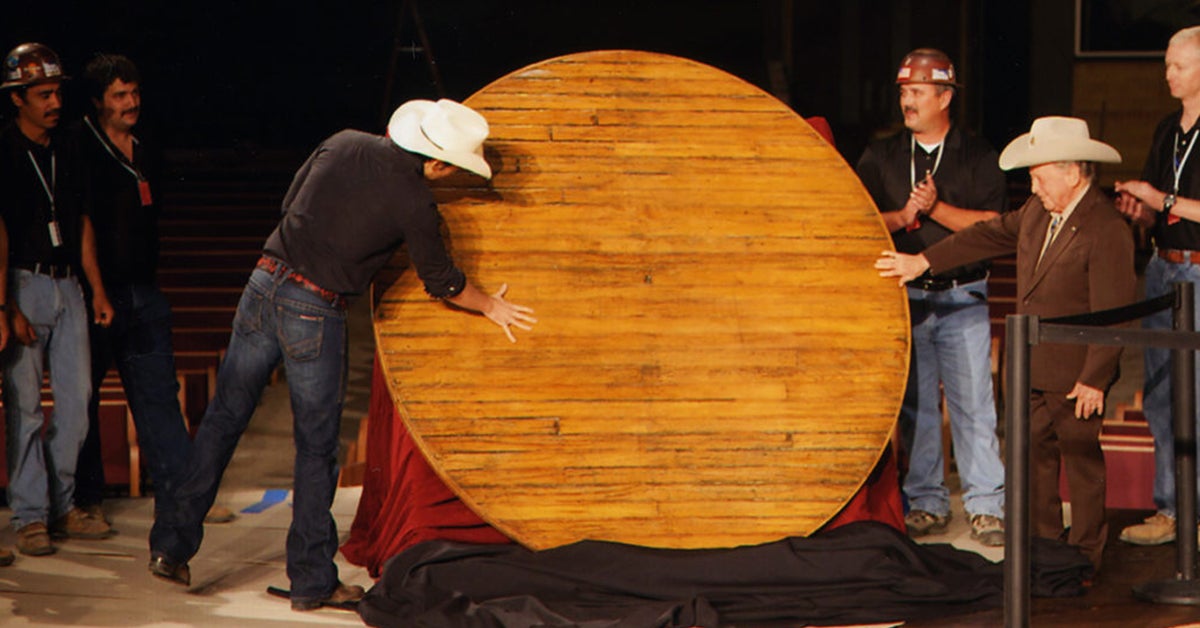 The iconic circle that sits center stage at the Grand Ole Opry may seem like an ordinary piece of wood, but it means so much more to those who share a love for country music.

For 31 years, from 1943 to 1974, The Grand Ole Opry was broadcast from the stage of Ryman Auditorium. As crowds grew, it became clear that the Opry was in need of a bigger home. Though a venue with more seating and air conditioning was a welcome change, some feared that relocating would take away the Opry’s legendary charm. When sights were set on building the Grand Ole Opry House across town at the newly opened Opryland USA theme park, the Ryman’s future hung in the balance. How would the “Mother Church of Country Music” be honored? Up until 1974, no other venue had hosted the Opry as long as the Ryman had. Would the Ryman’s legacy be remembered at all?

Conversations arose that perhaps the best thing to do would be to tear the Ryman down. To preserve the Opry’s heritage, some suggested using the auditorium’s bricks to build a chapel at Opryland. It was a fitting idea, since the Ryman functioned as a tabernacle in a previous life. But Opry management decided that the Ryman would remain standing, and they would have to get more creative to properly honor the space. On January 9, 1974, an 8-foot square of wood was cut from a portion of the Ryman stage before it was lovingly carved into a perfect six-foot circle that would remain intact over forty years later.

Overseeing the circle’s installation himself, beloved Opry patriarch Roy Acuff instructed workers where exactly the circle should lie on the new stage. “Move it just a hair to the right,” he told them as they positioned the piece, comprising a blend of heavy white oak and sturdy maple. After the wood was secure, he strode to its center, becoming the first person to step inside, christening the most sacred space in country music. Acuff was outspoken about wanting to preserve the Opry magic throughout the move and ensuring that the new home continued to celebrate country music. He suggested painting the Ryman right on top of the circle, “that way everyone would know where it came from,” he explained. The circle never was painted, but it adorns the scuffs and scars of the greats and dreamers who have walked across it.

It has been 45 years since the circle found its new home, and it is still revered by today’s artists, even those who never played the Opry during its original tenure at the Ryman.

“When I stepped in that circle, all I could think about was the young girl who might be watching from the balcony that night,” Opry member Trisha Yearwood shares in the brand-new immersive theater experience that is featured on the daytime tour. “I made sure to wear something shiny, so she could dream too.”

Brad Paisley shares Yearwood’s sentiments. “I think keeping, physically and metaphorically, this bond with the past is something that separates the Opry from almost all other musical institutions,” he said. Paisley has been an Opry member since 2001 and calls the Opry his favorite place in Nashville. “It’s absolutely imperative that when you walk onto the Opry stage, that circle of wood be there.”

As the big red curtain rose for the Opry’s inaugural show on Saturday, March 16, 1974, the circle was center stage, where it has remained a sentinel to the genre, come hell or literal high water. When a devastating flood swallowed much of Nashville in 2010, it was unclear if the circle could be salvaged after it was submerged in several feet of water. The backstage area of the Opry House was destroyed. Much was lost, but the circle miraculously remained in good shape. The venue was rebuilt to its former beauty in only a few short months while other venues across town hosted the show. Once the circle was cleaned up, an intimate ceremony was held to return it to its proper place at center stage. Paisley and friend longtime Opry member Little Jimmy Dickens were on site to help.

“I’ve always said that the circle still contains the dust from Hank Williams’ cowboy boots,” said Paisley. “Now it contains that dust but also the heart and soul of this town and all the people who have worked to rise above.” The group gathered erupted in cheers as the circle was brought home. Paisley and Dickens later shared an emotional moment on the circle before the Opry House reopened its doors for the first show since the flood.

“Will the circle be unbroken?” asks Paisley, nodding to “Can the Circle Be Unbroken (By and By)” made famous by The Carter Family in 1935.

Step Inside the Circle
Depending on our schedule, most tours include a chance to stand on our legendary stage. We’ll put you right at the center of the Opry universe: a treasured six-foot circle of hardwood, history and heart salvaged from Ryman Auditorium’s stage. Book a tour today.