Myths & Misconceptions About the Opry, Debunked 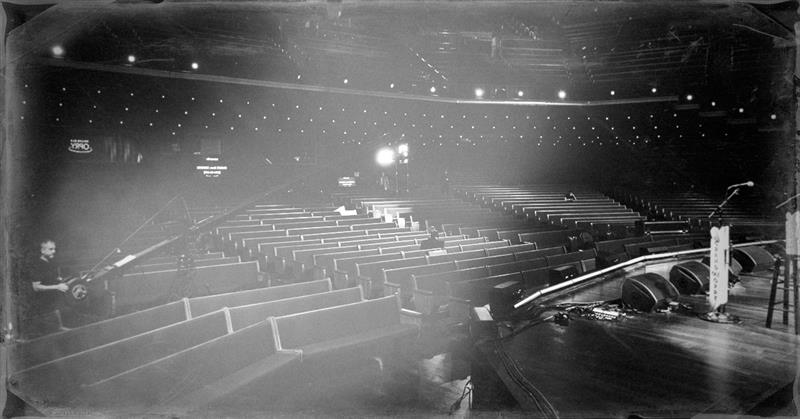 While the Grand Ole Opry is nearly 100 years old, it remains a relevant and evolving beacon for country music artists and fans today. With new artists joining the Opry family every year and new tour exhibits popping up all of the time, this isn’t your grandpa’s Grand Ole Opry. Folks of all ages and backgrounds who love music, history, and Nashville can find something to love at the home of country music. Here are some top Opry myths, debunked.

Myth: Ryman Auditorium is the original home of the Grand Ole Opry

Nope. The Opry has had not one, not two, but six homes since it began in 1925. And each home has grown larger as the Opry has risen in popularity. The Ryman was its fifth home and hosted the Opry for over 30 years. But the show moved to its permanent home at the Opry House in 1974 and has been there ever since. Now, the Opry returns to the Ryman every January for Opry at the Ryman. You can get tickets here.

Myth: You only go to the Opry to see the show

That’s not all. Sure, the Opry has a packed show schedule filled with star-studded performers, but there are lots of other things you can do too.

Get up close and personal with the history of country music by taking a backstage tour. Start with an immersive video experience, hosted by Garth Brooks and Trisha Yearwood. Then, hear insider stories as you venture backstage, see the Artist Entrance where stars walk into the Opry House each night, and stand where your favorite country artists have stood.

Myth: Artists only play traditional country and bluegrass music on the Opry

False. The Grand Ole Opry is known as the true home of country music, but the Opry House welcomes artists and music of all genres. On any given night, you can see performances from Americana greats, Pop-Country hitmakers, Alt-Country up-and-comers, Gospel singers, Folk bands, and more.

Myth: The Opry House, Opry Mills, and Opryland are the same thing

They’re not. The Opry House, Opry Mills, and Opryland Resort may sound the same – they may even be located in the same area – but they’re three distinctly different places in Nashville.

Opry Mills Mall (located where the Opryland USA amusement park used to be) is a shopping mall with over 178 stores. Opened in 2000, it also houses an IMAX theater, numerous restaurants, and an arcade.

Gaylord Opryland Resort & Convention Center is a hotel and resort located about a 10-minute walk from the Grand Ole Opry. In addition to lodging, Opryland’s sprawling accommodations include 19 restaurants and bars, a spa, three pools, nine acres of indoor gardens, and indoor boat tours. There’s also an 18-hole golf course and more than 750,000 square feet of event space. Opryland is home to SoundWaves waterpark and seasonal events, like the annual Christmas at Gaylord Opryland.

Why does the wooden Circle matter?

When the Grand Ole Opry moved into the Opry House in 1974, many in the Opry family wanted to bring a piece of its former home, Ryman Auditorium, into the new space. So, a six-foot circle was cut from the Ryman stage and laid into the center of the Opry stage. It bears the scuffs and marks of the decades of performers who’ve performed there and still brings some old country magic to the Opry every night.

What is WSM and how is it connected to the Opry?

WSM is the radio station that birthed the Grand Ole Opry. One of the founders of National Life and Accident Insurance Company, a large insurance provider in Nashville, had a fascination with radio and launched a radio station in 1925. The station’s call letters are an acronym for National Life’s slogan, “We shield millions.” The Grand Ole Opry first aired on WSM on October 5, 1925.

Is the show on every night?

The Grand Ole Opry still plays live several days out of the week and every Saturday night. But that’s not the only show you can catch at the Opry House. Check the schedule to see who’s taking country’s biggest stage next.