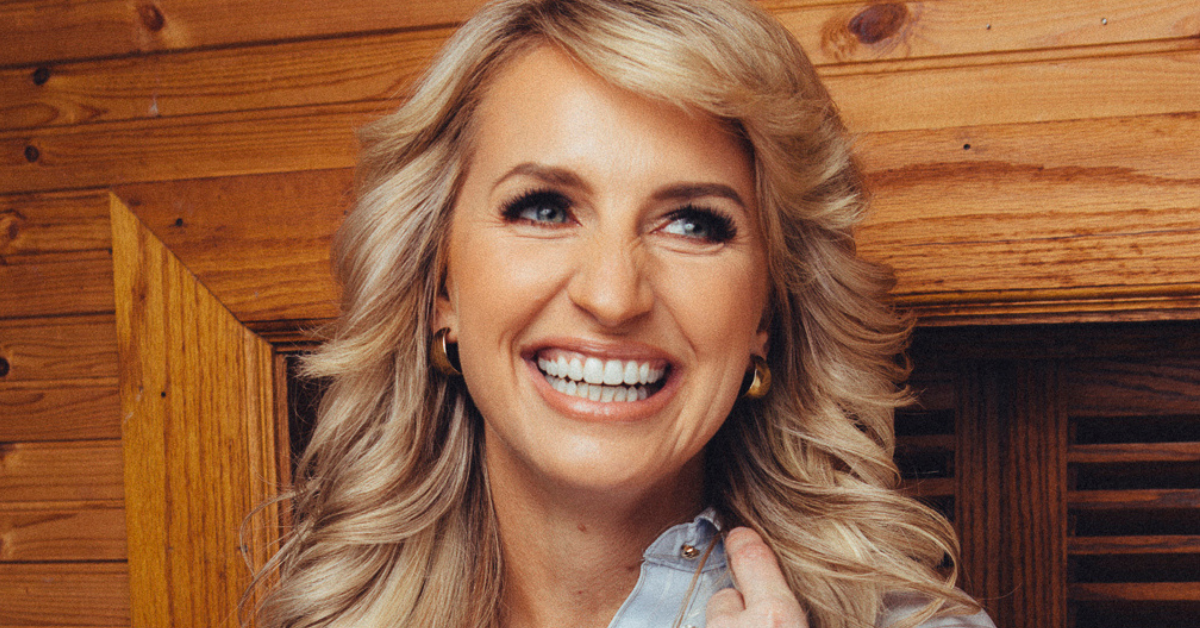 Something's happening in country music. Newer artists and younger audiences are embracing instrumentation, vocal stylings and song structures long thought drowned in the ocean of slick, snap-track productions. Not easily dismissed as merely regional or a novelty throwback, the trend could be on its way to full-blown movement. If so, Kimberly Kelly's Show Dog Nashville debut album may prove to be the clarion call. Either way ... she's not asking. I'll Tell You What's Gonna Happen is more than her (abbreviated) album title, more than a reference to her connection with a Country Music Hall of Famer, and much more than a historical footnote. Rather, it's a statement of musical confidence earned the only way that happens: talent, work ethic, experience, vulnerability, and courage. For Kelly, it's all of a piece. "I like to think of it as a sub-genre of country music called 'country music,'" she says with a wink.

A native of Lorena, Texas, Kelly has multiple connections to the Nashville industry. She has also been unafraid to defy convention. "This is not my first rodeo," she says of her label debut. "I worked really hard in Texas before I came to Nashville. I wrote songs, put out records, did a radio tour, and played every weekend while earning a Master's degree. They say don't have a 'plan B,' but I watched my mom struggle to get that next level of pay. My mom earned her bachelor's degree when she was 60, so school was important to me to know I could take care of myself."

Her sister Kristen signed to a Nashville label and charted a single in 2012, which gave Kimberly an early education. "I got to sing harmony with her on tours with Brad Paisley, Rascal Flatts and Alan Jackson. I learned so much watching her and the crowd. A lot of my confidence onstage comes from that." Developing as an artist and making her own music meant circling back to her youth. "Growing up, I focused more on the artist when I was listening to records, then learned that not every artist wrote their songs. I went through a phase thinking I needed to write everything I sing. Maturity helped me realize sometimes the truest artist is one who can take what someone else wrote and elevate that story."

Meeting with publishers, Kelly dove into a process favored by many of the genre's most successful artists. "I went back to some of my favorite albums to look up writer names so I could ask for songs from their back catalogs," she says. "When something hit me, I'd put it in a group and eventually play what I'd found for Brett." That's Brett Tyler – No. 1 songwriter ("Cold Beer Calling My Name"), producer and Kelly's husband. Together, they crafted the independently released Don't Blame It On Me EP, released in 2018. "I can write a song, but I tried to make a record like the ones I grew up on – may the best songs win," she says. "That's how I approached my EP, which ultimately led to me signing a record deal."

Signed to Show Dog Nashville in partnership with Thirty Tigers in 2021, Kelly doubled down on finding songs. "A longtime Music Row executive told me that knowing how to A&R an album is just as important as being able to write," she explains. "He said he knew I could write, but having the ability to choose songs that fit together and represent what I want to say is just as important for an artist." Indeed. Launching with the call-and-response guitar licks that open "Honky Tonk Town," the album draws the listener in and doesn't let go.

The melody of "Some Things Have A Name" is perfectly suited to Kelly's voice. Beyond the sonic quality of her vocals, it is how she sings that evokes some of the genre's most revered music. "Summers Like That" enhances its title-dropping with a musical bed that creates its own level of nostalgic emotion. "Why Can't I," "Blue Jean Country Queen," "No Thanks" and "First Fool In Line" anchor deep in country bedrock; "Don't Blame It On Me" is a smoldering dance hall ballad and "Forget The Alamo" is the lone nod to Texas. But it is "Remember That Woman" and "Person That You Marry" that elevate the entire project. One she wrote, one she didn't, yet both highlight a through-line of strength and maturity of perspective.

By the time the cover of the late Billy Joe Shaver's "Black Rose" draws to a surprising close, the listener has been taken on a thoroughly cohesive journey. The final song connects to the album's title in the person of Shaver, who Kelly met while still in college. "Billy Joe lived near us and told a family friend he owed her for helping him out of a bad real estate deal," Kimberly says. "She called me while I was making work tapes with some friends and brought him over to the studio we were in. He handed me a $500 check – the earnest money that family friend helped him get back – signed a copy of his autobiography, sat on a bucket, and asked me to play him a song. I had no idea who he was, but my friends were flipping out." The family friend later brought Kimberly some marked-up CDs and said, "Learn these songs. You're playing mandolin with Billy Joe at Antone's in Austin this Saturday."

She did, nailed the performance and met Dan Rather, who was doing a 60 Minutes special on the iconic Shaver. "Ever since, he's been a musical grandfather to me," Kelly says. "I opened shows for him, took him food over the holidays and introduced him to the Lorena, Texas bar where he, unfortunately, had to shoot a man in self defense several years later." Kelly's album title is a quote from the mythical-if-it-weren't-true story of Shaver forcing his way into a Waylon Jennings recording session after the star tried to renege on recording some of his songs. Brushing off a $100 bill to go away, Shaver said to Jennings, "I'll tell you what's gonna happen. You're gonna either listen to these songs or I'm gonna whip your ass." Waylon agreed to listen to one.

The rest is history in the form of Jennings' 1973 Honky Tonk Heroes album, on which every song but one was written by Shaver. Both men are in the Hall of Fame. "David Macias of Thirty Tigers dared me to use the quote as my album title," Kelly says. "I was like, 'Sure. What do I care?' I did the Texas music scene, I’ve done time in Nashville, and I thought my time had passed when I got offered my deal. My husband could keep writing songs and I'd just be a speech therapist.” "I made this record like it's the last one I'll ever get to make, and I have no problem telling people they need to listen to it. They can even skip the two I wrote; these are great songs. It's a good album. Country music."

To be clear, neither Kelly nor her music are casting aspersions at those who lean towards different sounds. "That's somebody's baby, too," she says. "They've got a mama and daddy who are super proud of them for chasing their dreams, so let them have it. It might not be your favorite, but it's somebody's. There's room for all of it." That said, "I would love nothing more than to carry the neo-traditional torch," she admits. And she might just whip some ass for the privilege.