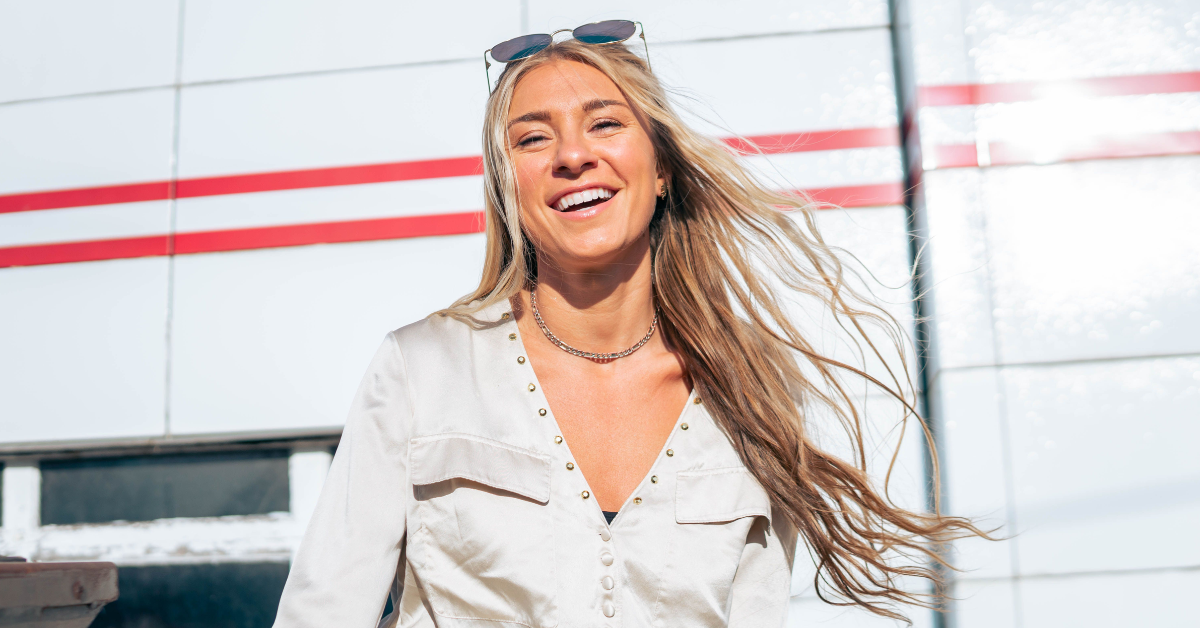 JULIA COLE has surpassed 75 million cumulative streams of her music, has been named a 2022 CMT Next Woman of Country, and will make her Grand Ole Opry  debut July 16, 2022. Her focus on encouraging empowerment and self-worth through honest, raw, and often humorous songwriting has helped millions take a glass-half-full view of dodging a bad-relationship bullet with breakup anthems like “Side Piece,” “Thank God We Broke Up,” and “Best Worst Ex” (with Alexandra Kay) Meanwhile, love song duets like “Things I Can’t Say” (with Spencer Crandall) and “Worst Day” (with Charles Esten) have encouraged millions to pull their special someone even closer. The Houston-based singer got her start performing the Star-Spangled Banner before her own high school volleyball games, which quickly led to performing for NFL, MLB, NASCAR and ESPN events in front of crowds of over 75,000. Mizuno Athletic Wear signed Julia as a sponsored ambassador and uses her single, “Honey Child” in their women’s empowerment campaign. Julia credits athletics for her team-player mindset and determination, and asa women’s athletics advocate she has fund-raised thousands for women’s sports initiatives for the Boys & Girls Clubs of Middle Tennessee. Julia has opened for acts like Dan + Shay, Dierks Bentley, Kane Brown, Carrie Underwood, and Kenny Chesney in over twelve countries. Additionally, Cole hosts “The Julia Cole Show” on YOCO 96.7FM and a new TV series, “The Ultimate Fanfest” on Circle TV (to air in the Fall of 2022). Cole is represented by Bob Doyle & Associates and CAA. For tour dates & news, visit www.JuliaColeMusic.com and follow @juliacolemusic on all socials.