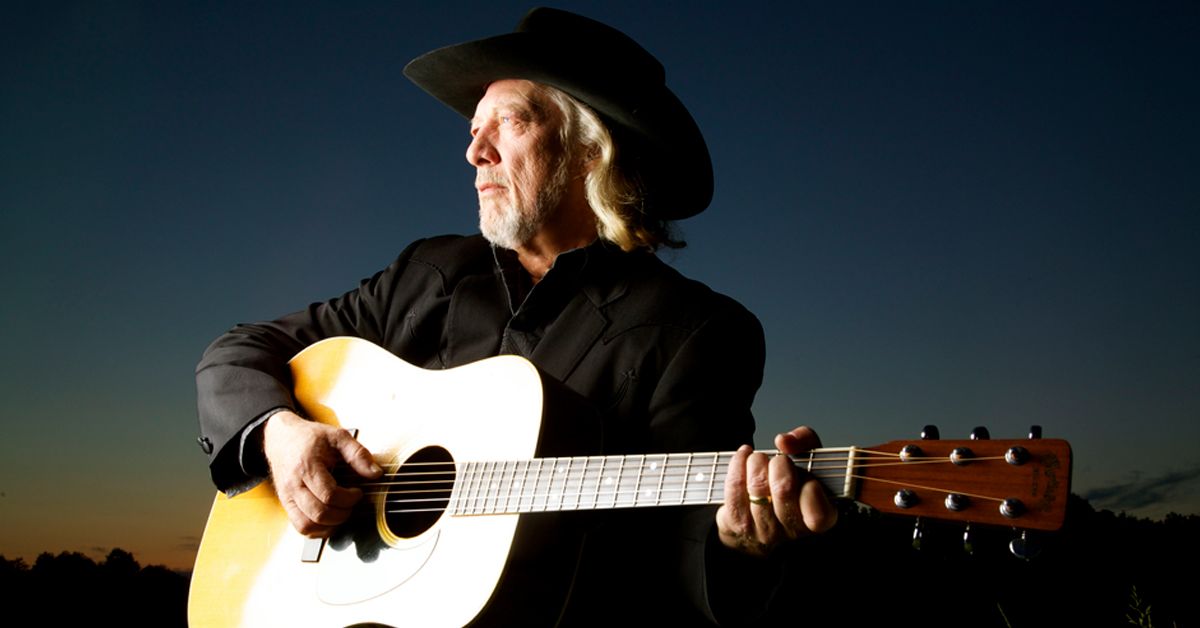 Hoeing orange trees was less than ideal, and so John Anderson took a gig as a plumber’s helper. The pay was alright and the work was steady, but music pulled at Anderson’s 17-year-old heart, and you had to be 21 to play, sing, or drink in Central Florida honky-tonks. Anderson left his home — a magical kingdom until Walt Disney put Cinderella’s Castle on the land that God meant for fathers and sons to hunt turkeys together — and headed 700 miles northwest, to Nashville.

It was the summer of 1972, when songwriting legends walked the streets and pounded the pinball machines. Anderson wanted in, even if it meant living on wages that didn’t provide for essentials like bait and shotgun shells. He took a job as a construction laborer, working on a newfangled building called the Grand Ole Opry House.

Not long after taking the job, he got a raise: They raised him up to the roof, where he thought about how the Nashville wind blows cold and where he stared down at a big, deep hole, with rebars sticking up. That hole would soon become a stage, and that stage was where Anderson wanted to be.

Turns out, he made it. It was holy hell, but he made it to the Opry stage and far beyond. He made it with a voice that was traditional enough to make Emmylou Harris wonder if Anderson might be a distant relative of Lefty Frizzell, yet that was, and is, instantly identifiable. He made it with original music that landed him in the Nashville Songwriters Hall of Fame, and with radio hits including chart-toppers “Swingin,’” “Straight Tequila Night,” “Wild and Blue,” “Black Sheep,” and “Money in the Bank.”

Before Ricky Skaggs, George Strait, and Randy Travis were household names, John Anderson was Nashville’s young and hard-charging traditionalist, devoted to extending the legacies forged by Haggard, Jones, and Cash, and loathe to compromise when he knew he was right. And, when it came to making music, he knew he was right.

“Back then, it seemed like there wasn’t a whole lot of real country music, the way I think of it,” Emmylou Harris said. “Then along came John Anderson: John was doing this, and he was all by himself.”

Anderson signed with Warner Bros. in 1976, and set about making music that would gain notice from legends. Haggard heard him early on, and invited him on the bus for a heart-to-heart.

“He said his guitar player, Roy Nichols, brought him a 45 of ‘Your Lying Blue Eyes,’ Anderson remembers. “He said, ‘I’ve loved you ever since.’ But then he looked me in the eye and said, ‘Do you love this, son?’ ‘Yessir, I really do.’ No, do you really, really love it.’ I said, ‘Yessir. Hell, I’m talking to Merle Haggard and I can’t really stand myself right now, but I really love it.’ We went on to to 40 years of being buddies, Me and Merle.”

At the time “Your Lying Blue Eyes” came out, Anderson was playing with house bands around the South. The song became his first Top 20 hit, and soon the name “John Anderson” on a roadside club sign was enough to fill up a parking lot with Trans Ams and pickup trucks. A string of hits ensued, with “1959,” “Chicken Truck,” “I Just Came Home To Count the Memories” and “Would You Catch a Falling Star” leading up to his breakthrough, the John Scott Sherrill-penned “Wild and Blue.” That song was the title track of an album that included Anderson’s first million-selling single, “Swingin,’” written with old friend and running partner Lionel Delmore.

“The record company didn’t even want ‘Swingin’” as a single,” Anderson says. “But once it got out there, there was a huge change for us on the road. The summer of ’83 was booked solid.”

The summer of ’84 wasn’t bad, either. But Anderson’s momentum cooled, and got chillier as he switched labels and demanded his own creative freedom.

“I learned from George and Merle and them that you’d better stick to what you’ve got, because it’s all you’ve got,” he says. “I wound up having to argue for everything. I’d just pull up in my big Lincoln and argue like hell, and it ended most of the time with me saying, ‘If you don’t like it, piss on you,’ and leaving. There ain’t much a manager can do to smooth things over after that.”

Anderson went eight years without a No. 1 hit, and that kind of string after a run of grand success usually signals a career in steep decline. When the singer asked for his release from Capitol Records, the label chief told him, “I’m not sure there’s another record deal for John Anderson in Nashville.” But there was, and his signing with newly formed BNA Records produced a hit out of the box, with “Straight Tequila Night.”

That didn’t mean all the arguing was over, though. After notching another Top 5 with “When It Comes to You” (written by Anderson’s pal, Mark Knopfler), the singer wanted to choose his next single. And his choice was “Seminole Wind,” a startlingly original, deeply spiritual song about the long-gone Florida of his youth. “Seminole Wind” sounds like a backwoods companion piece to Marvin Gaye’s “Mercy Mercy Me,” and Joe Spivey’s haunting fiddle offers one of country music’s most emotionally compelling instrumental parts.

“I wanted to write a song about where I’m from that I could always be proud of, and, by golly, I was pretty sure I’d done it,” he says. “But they said it was ‘too regional.’ We went to Portland, Oregon and played it, and they gave me a standing ovation. I called the record company the next morning and said, ‘It ain’t too damn regional. I’m demanding we put it out.”

“Seminole Wind” was quickly recognized as a country music classic, and Anderson was back at the front of a line of traditional singers whose successes had been enabled in part by Anderson’s initial radio ascent.

“There is justice in the world,” Emmylou Harris said at the time. “Everybody in the business has a genuine affection for him.”

At present, Anderson has recorded 24 albums, won numerous awards, and notched 20 Top 10 country singles. His latest album celebrates more than four decades of John Anderson music, revisiting hits and mixing in recent songs that have speak to his artistry and outlook.

“A lot of these are crowd favorites,” he says. “These were the songs that seemed like they all went together, at least in my head.”

Albums like this are cause for reflection, and Anderson’s reflections are of a life thus far well-lived, doing what he set out to do, all those years ago.

“I sometimes think about what I’d have done if it didn’t work for me in Nashville,” he says. “I guess I’d probably have waited a few years, and spent my life playing nightclubs back home in Florida. I’d have been in music, no matter what. And when I think about it, I think people down there would have liked my singing. I’m thinking I could have done okay.”