Billy Strings has been hailed as the future of bluegrass, transcending tradition and genre with his high velocity, flat-picking guitar technique and intense, confessional songwriting.

Home, Strings’ remarkable second studio album, is undoubtedly the Michigan-born, Nashville-based artist’s bravest excursion thus far, reshaping bluegrass into his own exceptional form, completely rewiring the aesthetic with elements of punk, country, folk rock, and genuine psychedelic exploration to fashion something altogether original and all his own. From the jump, Strings has infused bluegrass with his own experiences and inspirations, adopting traditional sonic and lyrical idioms to confront contemporary social truths. Songs like “Away From The Mire” and the remarkable title track are rooted in the past but as now as next week, animated by electrifying musicianship, inventive production, and Strings’ irrepressible ambition. HOME marks a landmark on this constantly moving artist’s ongoing creative journey, its fearless songs and freewheeling approach recasting string-based American music in his own inimitable image.

Born William Apostol, the Lansing, MI native was raised up on bluegrass guitar by his stepfather, Terry Barber, a gifted amateur picker in his own right. Dubbed Billy Strings by an aunt who presciently saw his burgeoning ability, he “got into electricity” in his teens and began fusing high-speed technique with his own equally breakneck charisma in a middle school grindcore band.

“I learned to play music playing bluegrass,” Strings says, “but I learned how to perform in a metal band.”

Growing up in rural Michigan taught Strings even more valuable lessons, forcing him to confront true hardship and struggle amongst his friends and family. His interests eventually returned to bluegrass, drawn in by its honesty, spirit, and seemingly infinite capacity for reinvention. Since moving to Nashville in 2016, Strings has been welcomed into the Americana community with open arms even as his work proudly expands its parameters. After making an auspicious solo debut with 2016’s self-titled EP, Strings impelled bluegrass towards heretofore-uncharted new terrain on his extraordinary debut album, TURMOIL & TINFOIL. Released via Strings’ own Apostol Recording Company, the markedly powerful collection rocketed Strings to the forefront of contemporary Americana, debuting at #3 on Billboard’s “Top Bluegrass Albums” chart whilst earning critical applause equivalent to its popular success. “Roots music is at its best when it places greater emphasis on telling powerful stories than it does adhering to any conventional genre boundaries,” raved American Songwriter. “With that in mind, TURMOIL & TINFOIL is a great roots album.”

Then as now, Strings and his crack band – including banjo player Billy Failing, bassist Royal Masat, and mandolin player Jarrod Walker – honed their sound by performing more than 200 gigs a year, traveling America’s blue highways and byways in a black Sprinter van to bring their music to the people.

“Once I got my feet on the road I haven’t settled down,” Strings says. It’s been about six or seven years since I’ve had a day job. I wake up in the morning, I jump in the van, we drive to the gig, we load in, soundcheck, and we play. It’s 1:00 in the morning by the time I even talk again. It goes so fast.”

“I might’ve been home longer than I’d been in the last few years,” he says. “I got to sleep in my own bed every night for the first time in I don’t even know. That’s the first time that’s happened in probably five years.”

Rightly hailed for their precision picking and groove-locked on-stage interplay, Strings and the band played it equally live in the studio, simply counting off and letting the songs take flight. Traditional recording techniques were eschewed for more of “a rock ‘n’ roll approach” utilizing an array of old compressors and vintage microphones. As ever, Strings took great pleasure in seeing just how far he can push bluegrass without abandoning its core tenets. Songs like “Running” and “Highway Hypnosis” see Strings in forward motion once again, wedding guitar, banjo, bass, and mandolin, with harmonium and eastern percussion, classical string arrangements, and a distinctive distortion Brown creates by running Strings’ vocals through a 1950 Bell PA head meant for electric guitar.

“The studio gives you the freedom to do whatever you want,” he says. “You can add piano, or I could play a 12-string guitar, or we could all get xylophones – it’s endless possibility. I like making records like that. I think about how the Beatles did it, those guys were trying everything they could think of.”

Strings’ commitment to anything-goes musical freedom is matched by his increasingly potent lyrical ambitions, penning stark, confessional songs that serve to chronicle the current state of the nation as he sees it. Songs like “Enough To Leave” and “Away From The Mire” – the former penned as a direct letter to two friends who died from heroin overdoses – reveal a songwriter uniquely capable of coloring in such dark matters as addiction, gun violence, mass incarceration, the battle against inequality, and the suicide epidemic with resonant imagery and heartfelt personal understanding.

“I just put it all out there,” Strings says. “I say what I’m thinking and it’s coming straight from my heart. It could be a personal thing or it could be a very broad. Hopefully by keeping it honest and true and actually putting my real feelings out, people will recognize that and appreciate it. But that’s not why I do it. It’s therapeutic for me. Putting these songs out helps me to get over this shit.”

Like any great tunesmith worth his salt, Strings digs deep into himself to find some answer within, building universal tales of decline and redemption from his own unique experiences growing up and on the road.

“It wasn’t like I had some shitty childhood,” he says, “but there were some lean months. I saw a lot of substance abuse; I saw a lot of crazy shit. I was not a good student in high school; I hated all my teachers and thought they hated me. I didn’t even try. I thought I was going to be a nobody, like a lot of the folks I knew that ended up in prison or overdosed or suicide. But I climbed out of that hole, man. I’m on solid ground now and I’m running towards the light. All these things happening, it just feels so good I could cry. I never thought I could do anything or even have a roof over my head.

“All that stuff is in there, that’s where I draw my inspiration from. It’s not that I’m living in the past or anything, but when I do write a song, I feel like I always go back to writing what I know and whatever it is that I’ve learned here. There’s the dark stuff but also more positive. I’m making my folks proud and that is a great feeling.”

“It goes back to me never thinking I was going to be anybody or anything,” Strings says. ”When I was seven years old my dad called me from across the house and said, ‘All right, son. Sit down.’ I thought I was in trouble or something. He said, ‘Sit down,’ and then he puts on DOC & DAWG by Doc Watson and David Grisman, and said, ‘You need to know this.’ So then, years later, I get to introduce my dad to David Grisman in person. I get to sing ‘The Lonesome River’ with my dad and Del McCoury on stage at the Ryman. That’s the stuff. It makes me so proud to be able to do that.”

A 21st century artist through and through, Strings has made perhaps an even more important bond with his contemporary peers, including flat-picking icon Bryan Sutton and southern rock guitarist Marcus King, teaming with the latter for the spectacular King & Strings jam at last year’s Rooster Walk Festival in Martinsville, VA. Further all-star collaborations, including King & Strings II, are promised, as are countless headline dates, festival sets, a rare solo tour, and support dates with Greensky Bluegrass, including an eagerly awaited double bill at the world famous Red Rocks Amphitheatre in Morrison, CO.

“I like to throw myself out there and make myself feel vulnerable,” Strings says. “It lights a fire under my ass.”

Indeed, that same plucky spirit drives Strings and his band’s near-nightly live adventures. Bluegrass has long been a font for improvisational creation, allowing infinite space for musicians to push each other to new heights of exploration and interaction. Strings and his fellow players keep that tradition alive by diving headlong into extended, expansive jams, seamlessly creating whole new worlds with an unstoppable charm, kinetic energy, and a profound connection with the audience.

“When those doors open up,” Strings says, “we truly have no idea what lies beyond. When we’re on stage and all of a sudden we get into a space, it’s like, OK we’re going to go, we have no fucking idea what’s going to happen. Just like everybody else in the room. And that’s where it gets magic.

“That’s what we’re going for, that magic moment when the music lines up and all the people line up and everybody’s feeling just right, everybody’s there together. That thing that happens there is pure magic – maybe the only real magic that exists on the planet.”

With its sonic flair, dazzling technique, and forward-thinking enthusiasm, HOME is a strikingly assured manifestation of an increasingly matchless musical vision. Billy Strings is utterly unto himself, a once-in-a-lifetime guitarist, singer, and songwriter whose ingenuity, versatility, and sheer sense of commitment affirm his spot as one of the most visionary and idiosyncratic artists in all of contemporary American music.

“It’s hard for me to fathom because it’s literally been my dream since I was a child,” says Billy Strings. “I got this little kindergarten book that I made when I was like four or five years old and one of the pages in there is like, ‘What do you want to be when you grow up?’ And I drew a picture of a dude with a banjo and said, I want to be a bluegrass player. This is what I’ve always wanted to do. I feel like this is what I was always meant to do. This is what I was put here to do and somehow I ended up being able to do it. I’m the luckiest guy ever.” 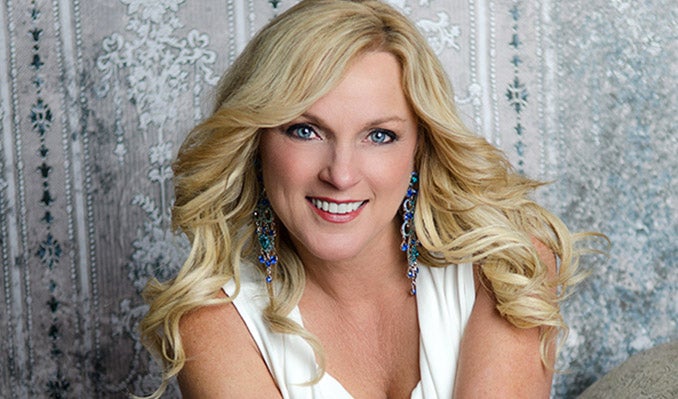 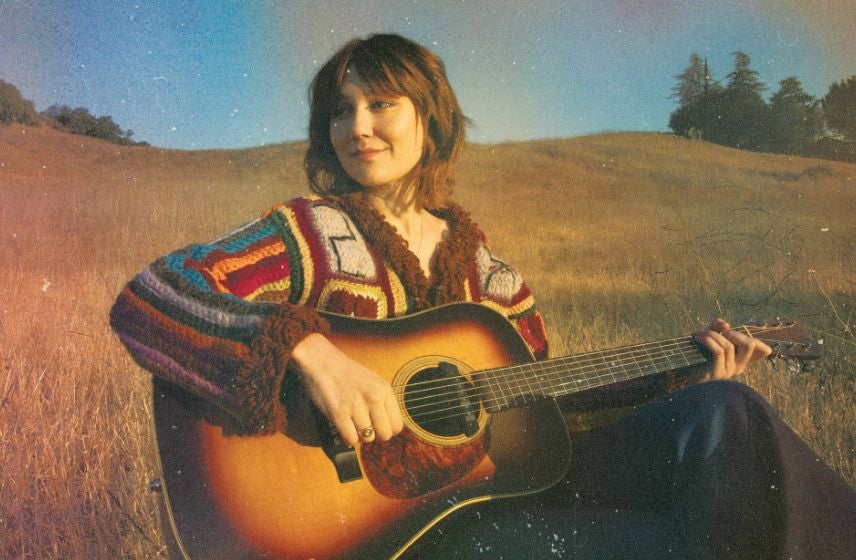 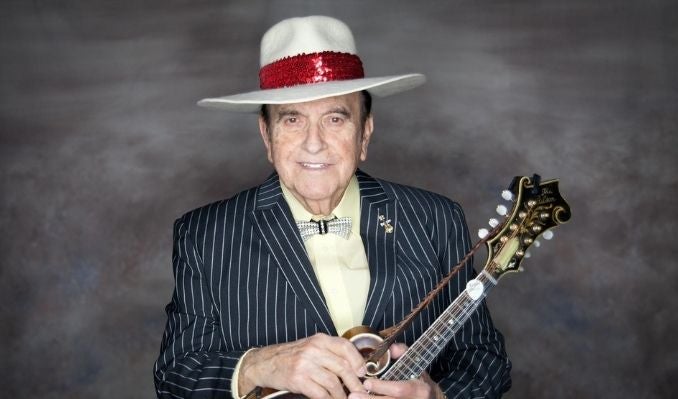